The exciting and intense campaign race for the Massachusetts House Senate seat has been another golden homeschooling opportunity to teach our younger children more about politics, the house senate and voting, following the opportunities that came with the the most recent presidential race.  Granted, we weren’t sure how much they could really grasp or follow at 7 years old, but they have pleasantly surprised.  If nothing else, with their interest and enthusiasm.  {A} is already rather informed on this subject, as she has a very strong interest in all Politics & Government, which she has elected (pun!) to study in depth this year. 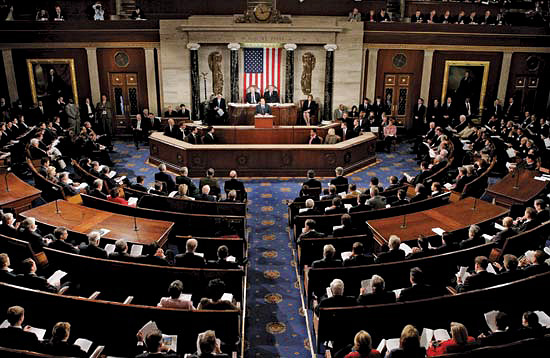 We began with more general talk about the the government, a little about how it runs, and then got more into the purpose and duties of the House Senate. To help them get the visual of the state representing senators, we showed them this photo above that I found online, of the House Senate quarters, that helped them get some kind of visual. 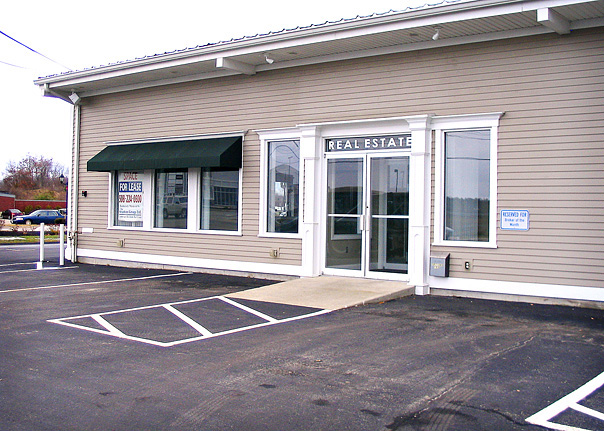 We took a field trip, to one of the (8?) campaign offices for Scott Brown, right here in our home town of Plymouth.   Note: Michael went back and took a photo of the office, as the parking lots was full the day we were there.  The windows were also full of Scot Brown posters. Our plan was just to stop in and hopefully get some buttons or something, and show them what a campaign office is like.  But we all got so much more than that.   We went in and a very nice woman started talking to us and our kids right away. We told her we were on a home school field trip, and that made her very excited, as she is a supporter of home schooling.  She took us right in and started talking to the kids about what they were all doing and why. The manager for this particular office also talked to us, and really educated us all about what their goals were for the duration of this race.   The office was jam packed with volunteers, making calls to promote and ask for a vote for Scott Brown.
They offered us pizza, bumper stickers, yard signs and even had the kids help make a phone call or two!!  What a great experience for all of us! 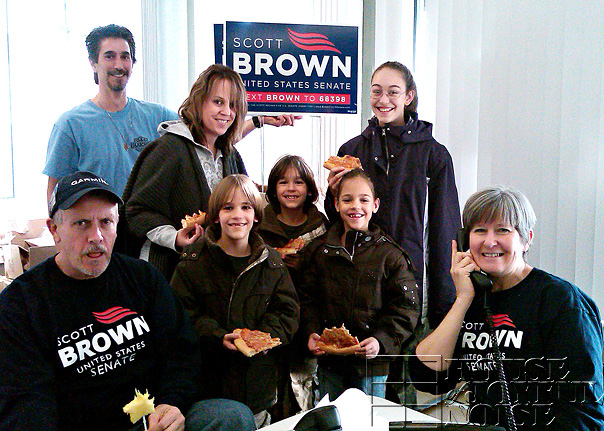 They took our picture on someone’s camera phone,  and it emailed to us!  But goodness,  I did not put my all into my appearance that day.  I had no idea we would draw so much attention when we left the house, but I guess I should by now! Anyway, I can see that my little make-over I have coming up is indeed a good plan. ;  )

On the ride home we counted Scott Brown yard signs to pass the time.  We put our sign in our front yard when we got home. 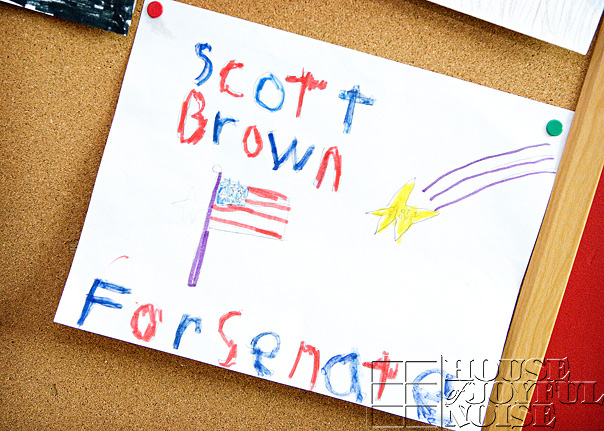 Over the next couple of days, the kids were quite the little political cheerers for Scott Brown! 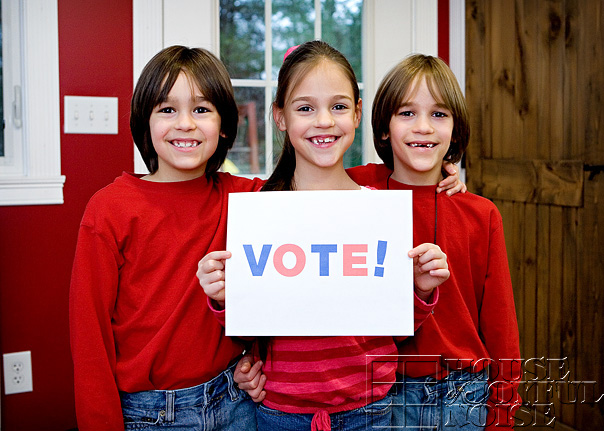 Voting Day, was another educational day, through experience.  All 4 of them came with us to vote, and to see first-hand
the process of casting your ballot.  They thought that was THE most exciting thing!!  On the way out of the local elementary school gym, after voting, {S} asked us, “What do we do next?”  And I replied, “We go home, and bite our nails while we wait!”  But then I gave him the serious answer.

That night, knowing voting was over at 8 p.m., they were begging to stay up to find out who won.  But we knew it would be too long and late of a wait.  So I promised them I would wake them up when the final numbers were in.  I tried waking them up, and stirred {S and JM} enough to tell them the news, which was received with sleepy smile. (So cute!)  But {O} wasn’t waking up for anything. She was happy to hear in the morning though. 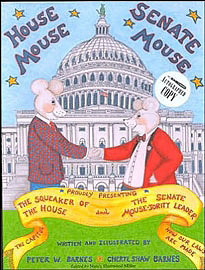 We will continue to teach them what we can about these things, and look forward to this book coming in that we have requested at the library. It may or may not be too elementary for the kids, but if nothing else, will be amusing, while still being educational.  Here is the description to this book:

In a big country, it’s not always easy to get everyone to agree on an important issue. So when Miss Tuftmore’s second-grade class writes from Moussouri, asking for a law to declare a National Cheese, the Squeaker of the Mouse and the Senate Mouse-jority leader have a lot of work to do. By following these congressmice (who live and work alongside their human counterparts) through the steps they must take, readers will gain a greater understanding of this important aspect of civic life — and have a lot of fun while they’re at it.

This delightful sequel to the Barnes’ popular Woodrow, the White House Mouse, told and illustrated in the same whimsical style, offers another detailed but easy-to-follow explanation of the inner workings of American government.

It was a wonderful experience for all of them, that we’re glad had a happy ending. (Well, for us anyway. ; )  They are very much looking forward to the mid-term elections, this November.  ; )   Their interest and embrace of our civic duties, is taking root muuuuuuuuuucccchhhhhh younger with them, than it did with us adults!  You have no idea.   We’re late-comers to the whole political thing.  But, as they say,  better late, than never.