…..but PLEASE bring him back.  We would miss him terribly! 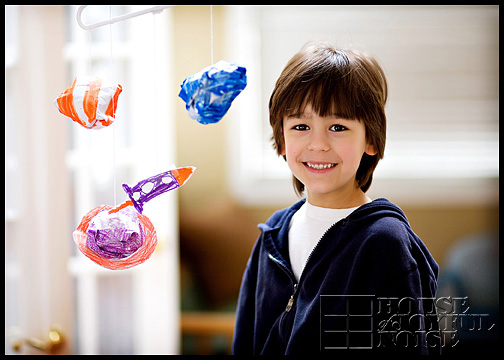 Our boy, {J} is frequently on creative missions. In fact, more days than we could ever count, he has jumped out of bed in the morning and gone straight to the school room, to gather all of the supplies he needs.  He’s on a mission to build just “what I had an idea about when I was laying in bed last night before I went to sleep!”

On this day recently, it was a mobile of the solar system. 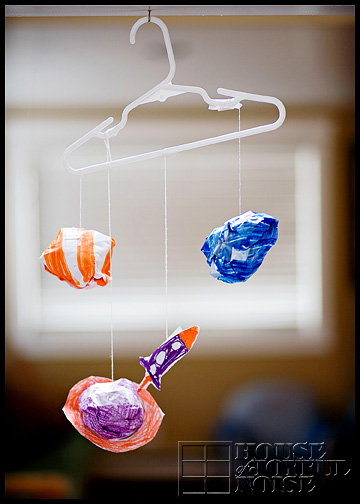 All of the planets are not there, because there wasn’t room, he said. But he can tell you what we do have here…. 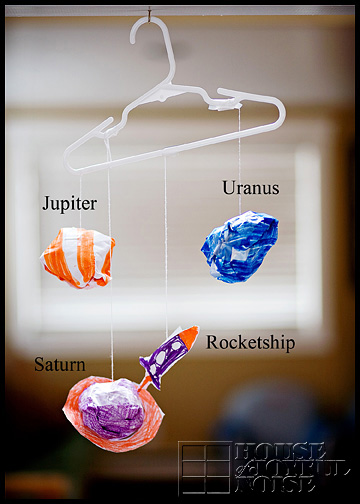 He also made Venus….but he threw it out because he didn’t like how it came out. He has standards. lol

He works so diligently, building and creating all kinds of things, all of the time.  He’s a very quiet worker, with a lot of stamina. It may take hours to complete whatever it is he is making.  Or days.  But he doesn’t mind. He works joyfully. He’s in it for the long haul, until the project is done, and he can take a step back, and look at it with a grand sigh of approval.   If he has to stop mid-project,  for some reason out of his control….like having to go somewhere, do some schooling, or something else….there is little else he can think of, but getting back to that project!  If we’re out somewhere, and he ‘gets an idea’, …oohhhhhh boy!   The pressure is on (us!) until we get him home!  He needs to get RIGHT to it. It’s important!

We just love his creative  imagination. His deep desires and ability to bring ideas to some form of tangible fruition.

We don’t know what it means for him in the big picture. Where he is going in life, or to do what. But it’s got to be a good thing!

We’re curious, but we don’t need to know now, really. Like all of our children…..it’s a fascinating privilege to watch him ‘get there’.

There is really nothing else we’d rather do, in the whole-wide-universe.