At last, I have gotten it all together enough, to share with you all a little bit about the purpose behind our prayer request for {A} a couple of weeks ago. We understand that some of you may not view it as that big of a deal, but for us, it was big.  So we are thankful for your prayers if you prayed. They went a long way for us!

So here’s the whole scoop, for those who have been waiting:

In early July, when we were on the show This Is The day, there was a young man and woman there also as show guests, named Steven Colella and Danielle Olsen, from The New Evangelization of the Archdiocese of Boston, to promote a new program for middle schoolers, called  Witness 2 Hope. A similar program for high schoolers, called Witness 2 Truth, had already been established and had been effective.  They decided that instilling such leadership qualities in young people even sooner than high school, would be beneficial, and that is naturally the truth.

So after our segment of the show, and having listened to {A} speak about her faith, they approached us and encouraged her to attend Witness 2 Hope. It did sound like a great program, and we were glad to hear such efforts were being made with our young people today. However, at the time we just did not consider it very seriously for {A}, because the 4 day program was quite a distance away from where we lived, costed more than we could really afford at the time, and also, {A} had only just turned 13. Quite honestly, she has not had much interest in her young life, in being very far from her family, for days at a time. So, it was not something we really thought about very long.

However, a few weeks ago they contacted us again, hoping we/she would reconsider.  They really just felt that she would be a good witness to others at the program. And then, they offered us a full scholarship, to go. After really looking into it more, {A} decided it was really something she wanted to go to. So then I, as her mother, addressed all of my concerns and questions with Steven Colella, as her mother.  He was extremely gracious and more than happy to answer every last one, with detail and re-assurance. So we decided she’d be going, and got packing.  She was VERY EXCITED, and grew more so as the time drew near to go.

That is really the bulk of most of your reading in this post.  So bare with me!  The rest is just photos and short explanations.
** Please note that all of the photos with the black outline are images by George Martel, photographer of the Archdiocese of Boston. The rest were taken by me. 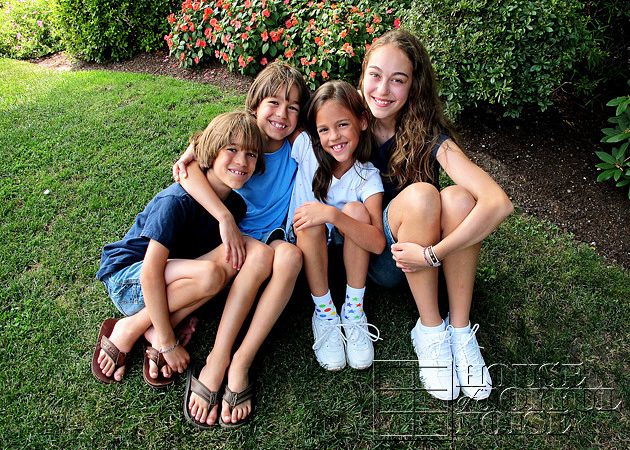 The weekend was Thursday August 12- Sunday August 15th.    We drove her, and stopped for a bagel on the way since it was a long way, and through our normal lunch time. The triplets were a little clingy, and didn’t want her to go! (And I knew exactly how they were feeling.) 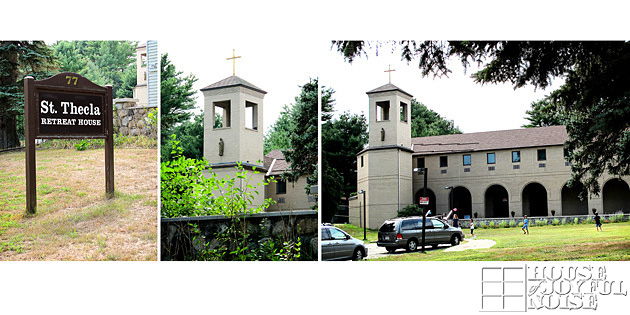 The weekend was held here, at St. Thecla’s Retreat House, in Billerica, MA.  It was a beautiful place, inside and out.  When I was younger, I often contemplated and dreamed about living a secluded life as a nun, at a place like this. A quiet prayer life really does speak to me. As much as I love my life with my family, deeply, and know it is my vocation, I still dream about places like this sometimes.  I wanted to stay with {A}. lol  I knew she was going to have a great, uplifting weekend. 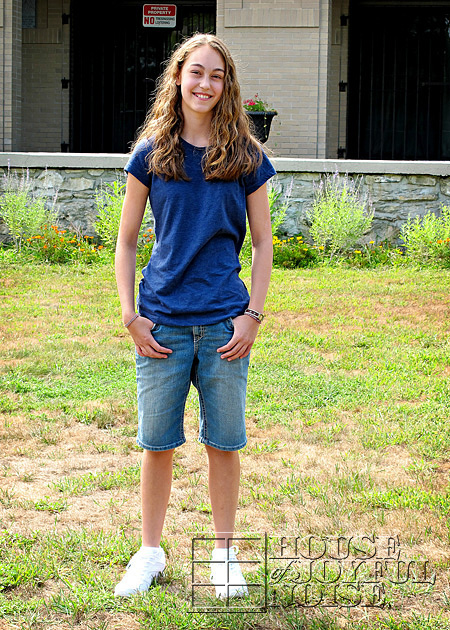 We brought her in, got her registered, a got her settled in her little room, and said our goodbyes!  Not easy, Folks!  Certainly not for me.

There were 25 middle schoolers attending. The purpose of the program was to build up real leadership skills, teach them to be able to communicate well with people in a group, work well together in creating plans of action, and accomplishing tasks that make a difference in their community, or beyond.

We learned that over the course of the weekends, there were many workshops, assignments, games to demonstrate why the skills they were learning were important, as well as mass, Adoration, and praise and worship.  And a lot of fun!!  {A} finally saw the movie, the Chronicles of Narnia, which was SO exciting to her, since she has read the whole entire series, many times over.  She loved the movie, which they watched outdoors at night, in the courtyard! 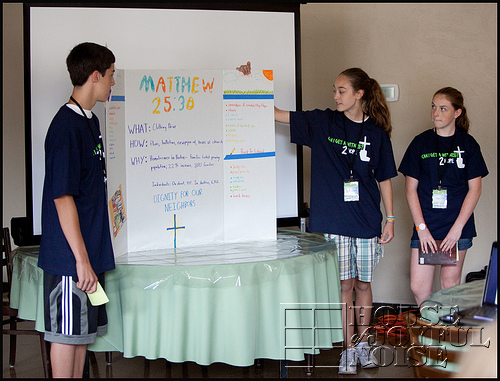 On Sunday when the families came, each small group had presentations for us, that showed their demonstration of carrying out a Corporal Work of Mercy.  {A}’s group chose ‘clothing the naked’, and they explained and showed their plan, of how they could help with that ministry. 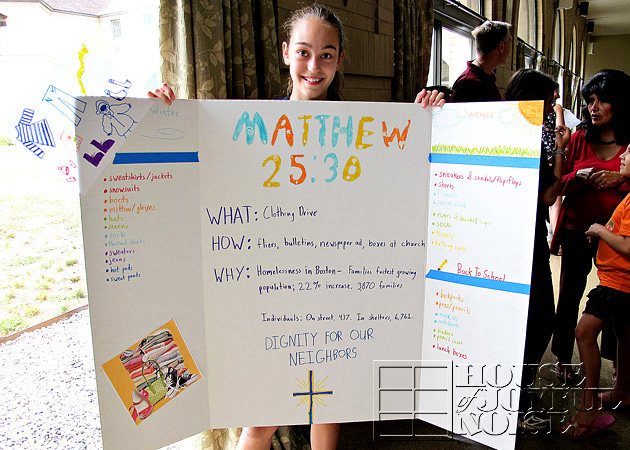 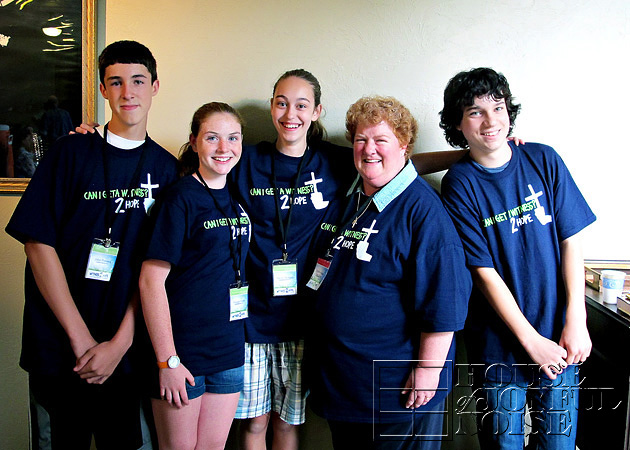 Here is {A} with her small group that she worked closely with through parts of the weekend.
– 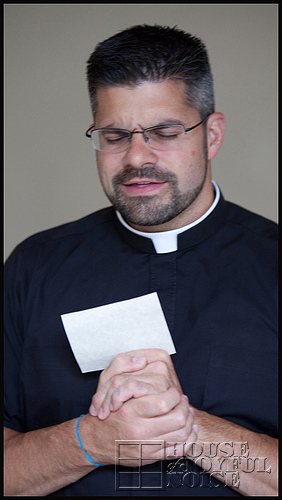 Fr. Matt.  He gave a passionate sermon at the closing mass we all attended.  Really great, full of profound points, and humor. He is really great with the young people. I could see they really connected with him, and why.
– 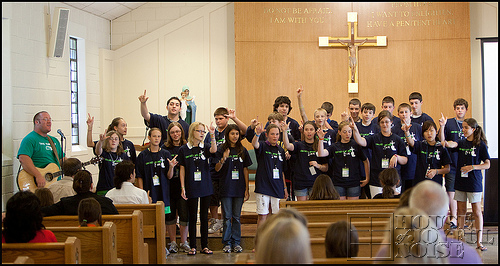 Praise and worship at Mass.  The music was awesome!  I love praisin’ and worshippin’.  It was all I could do not to run up there and join them.  But I stayed in my pew, and just rocked out there.

See, I do have control of my little self, sometimes. 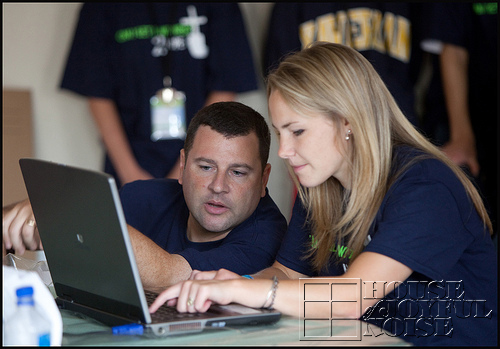 This is Steve Colella and Danielle Olsen.  They designed this whole program for the middle schoolers, as well as the Witness 2 Truth program that is in it’s 2nd year, for high schoolers.  They are a great team!
– 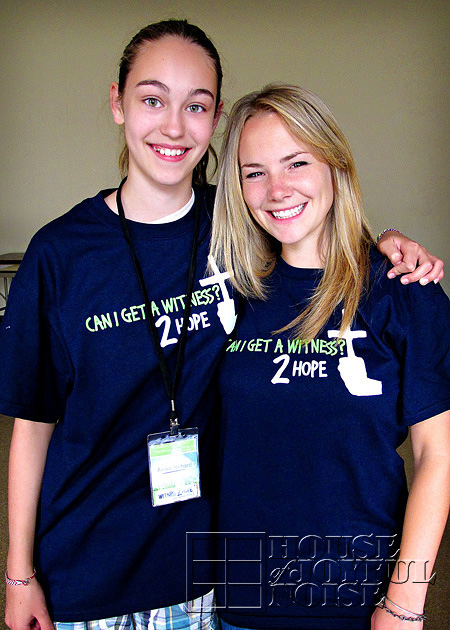 {A} and Danielle.  This young woman has such a joy of God in her, it is hard to miss.  She is so blessed, to be so in tune with her faith at such a young age!  She was inspiring, and no doubt had some great influence on the kids there.  I think God gave her those dimples for life, as some divine compensation blessing, for her work. lol
– 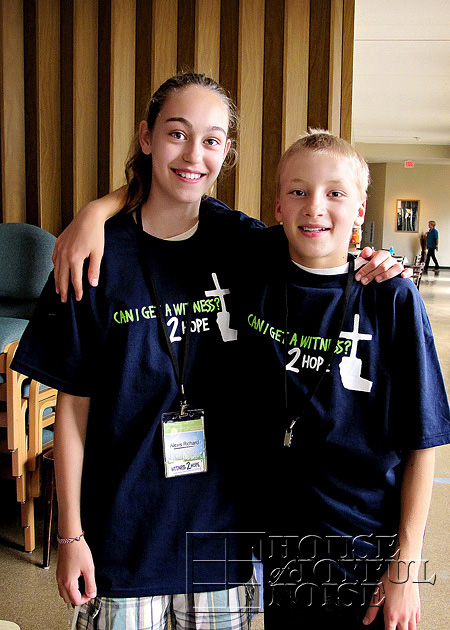 I’m going to try not, to go on and on about this boy.   But, he could have been mine!! He was adopted by his family from Russia. He stood out to me, right away, because he just carries out such an air of happiness and light.  At one point at the closing, we were all in the chapel, waiting for mass to begin.  He was in the front row, and I saw him turn around to talk to the kids behind him.  {A} was 2 pews behind him, and when he caught glimpse of her, he just popped up and reached through the kids, outstretching his hand, for {A} to touch his. <sniff>.  If you just could have seen it….honestly, it was just the sweetest most spontaneous thing. When {A} told me he was adopted, I immediately thought “Darn!  I had an opportunity, and I blew it!”.  I seriously wanted to take him home.  But I am sure his family really wants to keep him.He is another she’ll be keeping in touch with. He is just…..I loved him.
–

The whole Witness 2 Hope Team.  They all had such a great time together, and {A} came home with more friends, more skills, and more experience.
– 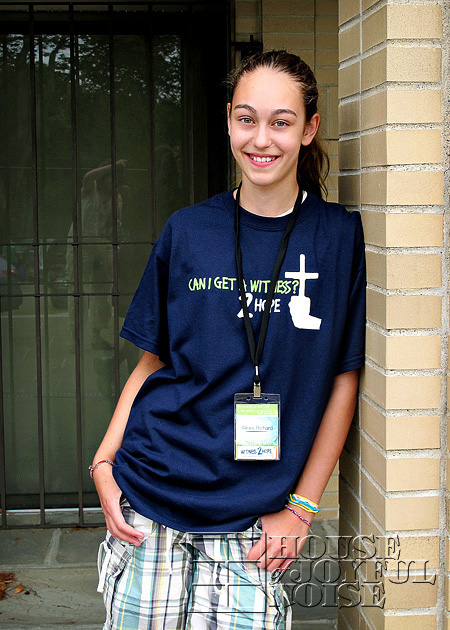 She had such a good time, and she was really happy she went.
– 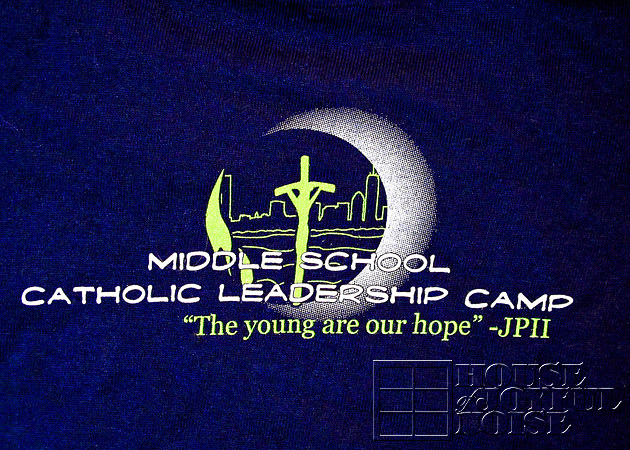 All of the kids got a t-shirt from the weekend, and this is on the back of it.  It was sort of ironic.

{A} has ALWAYS spoke of this quote by Pope John Paul II, and pondered what she could do, in her own big or small way, to help bring his dream to light.  So it was not only ironic that the shirts quoted JPII, but it shows you how much this program was right up her alley!

It was a great weekend, and a new milestone for all of us as a family.  One that will present itself more and more as time goes on.  But for this Sunday, we were happy to pick up our girl, and bring her home with us again! 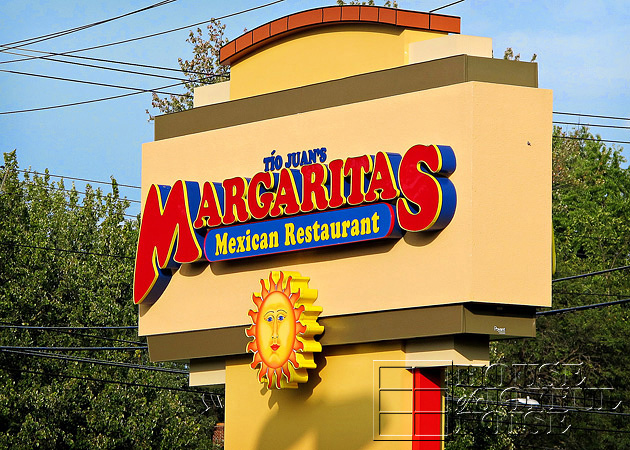 We stopped to celebrate on the way home, with a wonderful Mexican meal at this restaurant, Margarita’s.  While we gather around the table as a family every evening, we had a new appreciation and gratitude this day, of being all together again.

Thanks again for the prayers!  They helped us a lot!