I hope everyone isn’t over the whole Valentine’s thing by now.  You know…sick of photos and Valentine talk.  After all, it was over 2 days ago!!  We’re just trying to catch up here!!  And please forgive me too, but I took a load of photos, and I have a hard time deciding which ones to share. But also, it’s for the sake pf preserving our kids’ childhood memories, here on the blog.

You’ll get a lot of good Valentine’s Day ideas for your kids in this post, for next year and on, though!

As you all know by now, we really TRY to follow the liturgical year.  However, Valentine’s Day has been removed from the Catholic Liturgical calendar I believe.  Still, as homeschoolers, we also try to study the history of every holiday or liturgical celebration. But I have to say………….we find Valentine’s Day, and St. Valentine, complicated, confusing and head-spinning.  Anyone else??  I have read 3 or more differing stories of how (St.) Valentine’s Day came about.  What’s more, there are more than one ‘Valentine’.  Indeed, this day we call Valentine’s  Day is shrouded in mystery and legend. They aren’t even sure who the REAL Valentine is, from what we have found. It seems there are 3 martyrs, all who did indeed die ‘for love’.  But for the LOVE OF CHRIST, not the romantic kind of love we tend to color Valentine’s Day with.

Now, if any of that sounds confusing, it’s because I was just as confused, typing it.  Still….we CELEBRATED LOVE in our own simple way. 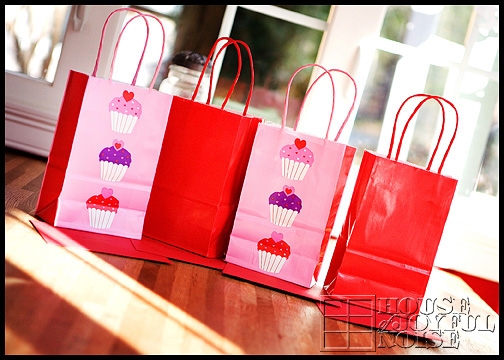 The kids always wake up in the morning, to a little-something for them, on the table. 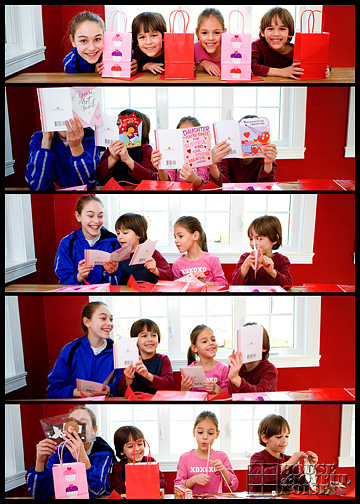 I couldn’t choose just ONE moment, that put a smile on my face, so I made them into one. : )  It’s just FUN watching them open and look at their stuff.  It takes so little to get them ALL excited. 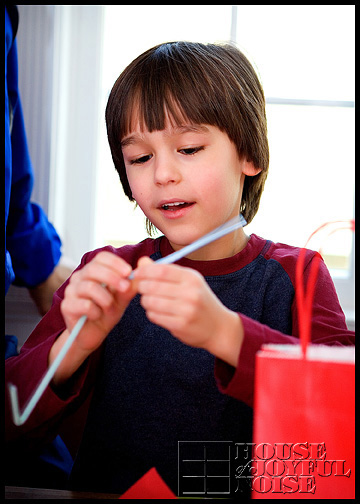 Like a handful of straws, not for drinking, but building. More on that later. 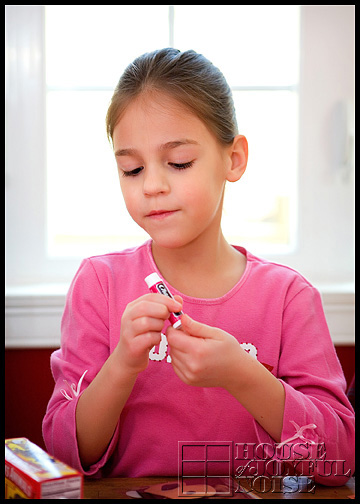 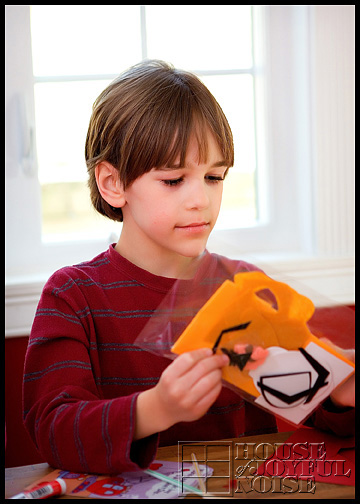 Valentines of course, and Puppet Kits, to do later on today.

But first, we had {A’s} morning basketball game to get to!

Have I mentioned I am not properly equipped to photograph basketball games? I rarely even bother bringing my gear, getting this kind of quality of shots.  But I also have to avoid flash, because I don’t want to disrupt the focus of the girls.  Anyway, here’s the best of what I got Saturday morning. 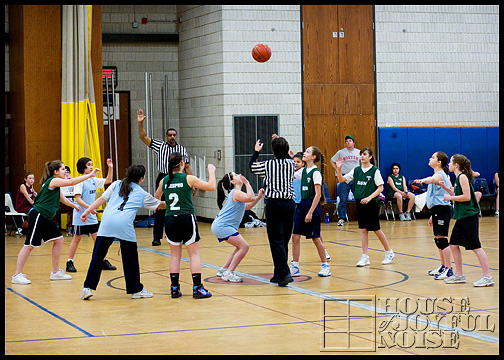 She’s always put in for the tip-off, to start the game, because she’s the tallest. (She’s the one with the ridiculously long braid.  #8 : ) 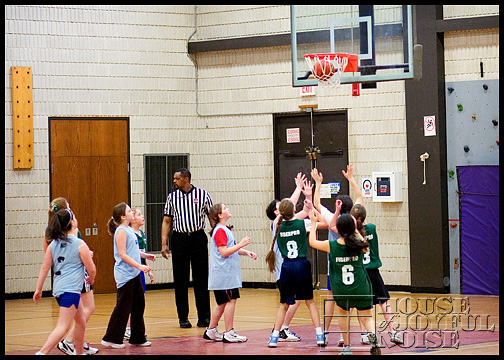 It took her no time to put her team on the scoreboard – it was also the first HOOP of the game! 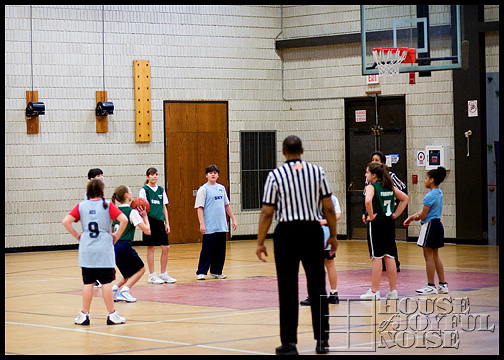 She managed to draw a COUPLE of fouls in the game, so this is one of the times she got a couple of free-throws. 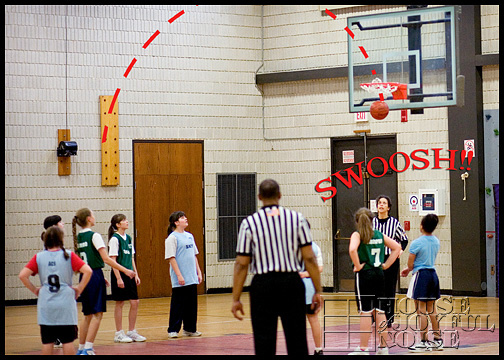 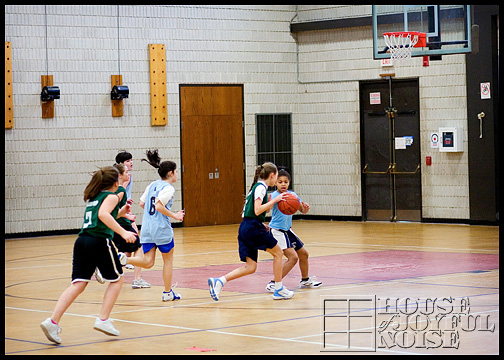 We just love to watch her play. 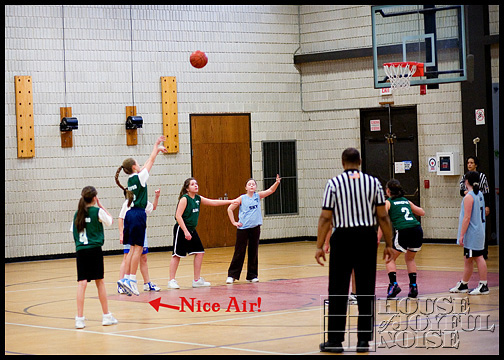 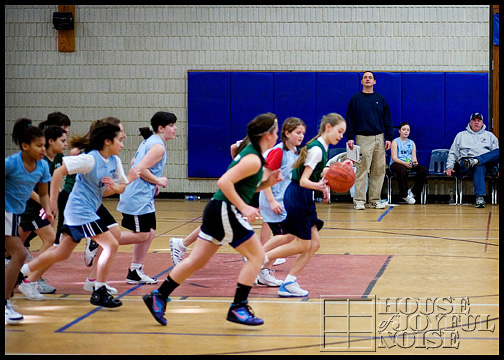 There’s only 1 more game before the play-offs. We all cry a little, when another basketball season is over until November.           We’re so sad!

Later after lunch, the kids put together their puppets. I found a kit of 4 animal puppets put out by Martha Stewart at Wal*Mart.  Each animal is so easy to make > No scissors or glue needed! Just follow the directions, peel off the paper tabs, and stick! 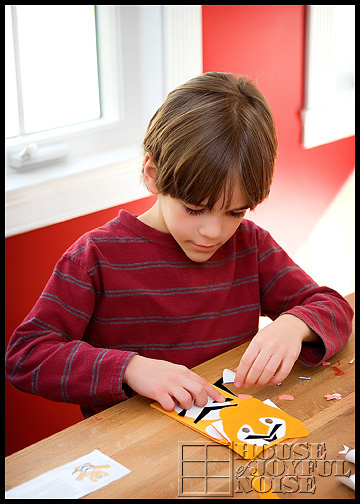 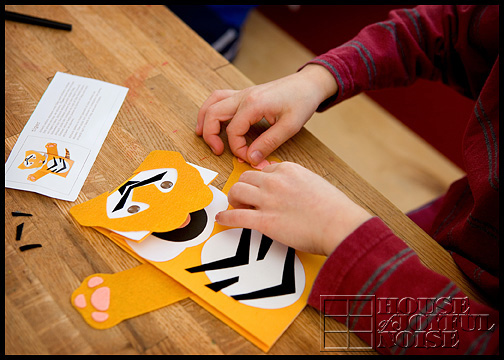 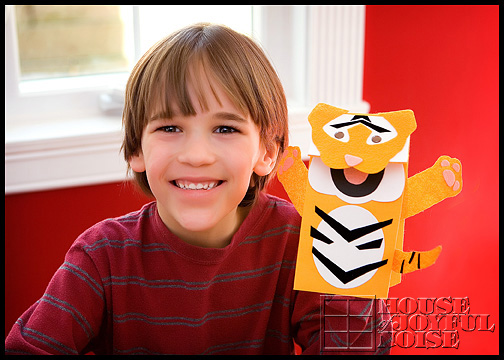 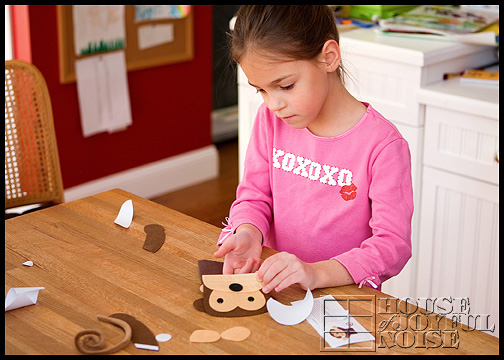 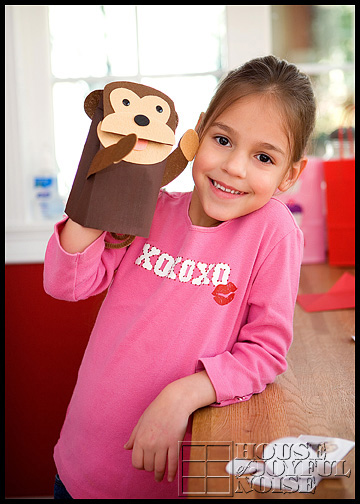 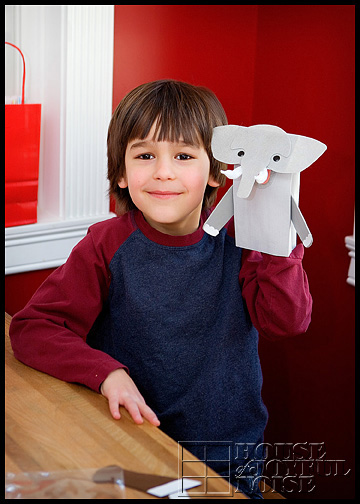 Yes, even {A} made one.  I know, she’s too old for puppets. But she does love crafting with the kids. I asked all of the kids to lay down on our kitchen floor, so I could get this ‘puppet portrait’.  I knew it would be cute, and I didn’t even step on them taking the shot!

Later that evening, we had a fancy, soft-music, table-clothed, candle-lit dinner, WITH our little valentines. 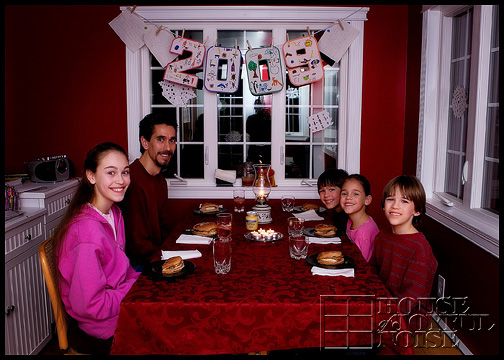 Making such a  dinner took longer than we thought. They were knew recipes to us.  So by the time we sat down, we were STARVING, and I never took photos of our entrees.  But, we had:  Lemon Pepper Chicken Sandwiches (with colby-jack cheese and thick-cut bacon) on Kaiser Rolls.

We had fun saying “Pass the Grey Poupon, please!”

We also had French Onion Soup, that was better than any we have ever had in a restaurant. It takes quite awhile to make it, but boy was it good!!  The Gruyere Cheese is key! And dessert, of course.  A heart-shaped chocolate cake, with a very light whipped strawberry frosting made from scratch.  Also delicious!

The next day the kids got to being creative with their abundance of straws: And {A} baked us another treat. 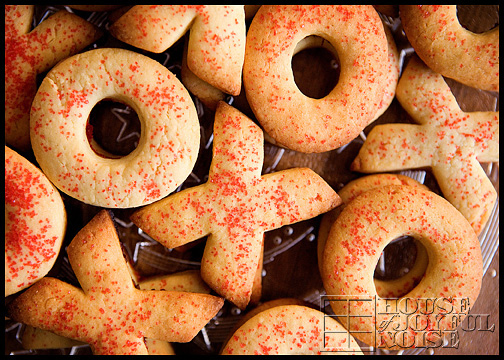 It was really nice to have Valentine’s Day fall on a Saturday.

But we’re just going to carry on, celebrating love for the rest of the year.

Hope yours was wonderful too!!