Back on June 11, {O} came running in the house all excited, because Daddy had let her pick the first garden strawberry. 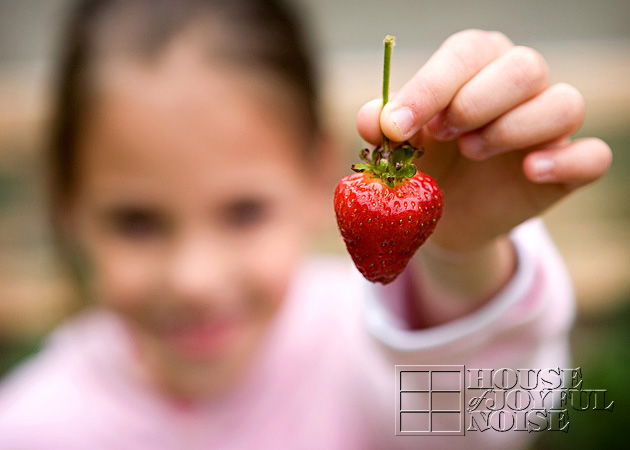 It’s was a BEAUTY, don’t you think?  Thank goodness it was a good size berry, because every one of us were so excited, we had to split it 6 ways! My bit was just a tad bitter, I think. It was kind of hard to tell because it was so small. 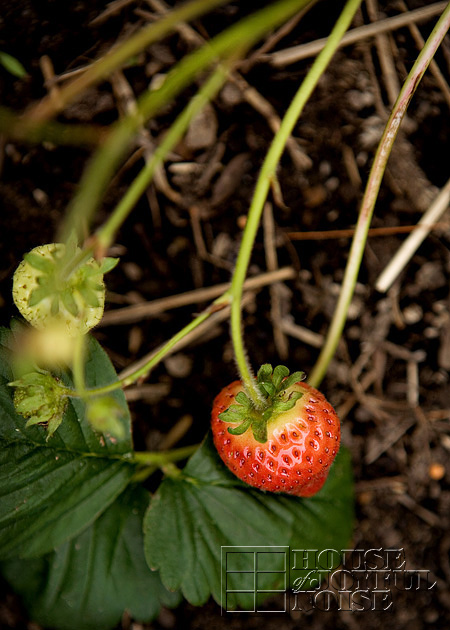 There were a few other of the June-bearing berries here and there, that were almost ready for picking, too. 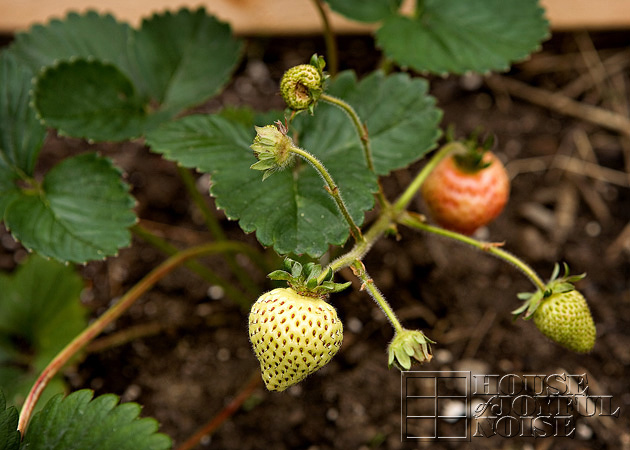 Some were in earlier stages than other, but they still looked like they were going to be good ones! 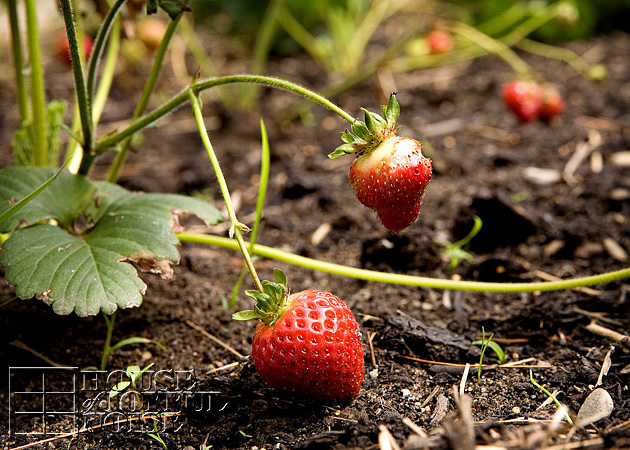 Only a few days later, many that were green had already really ripened up nicely. Things were looking rather promising! 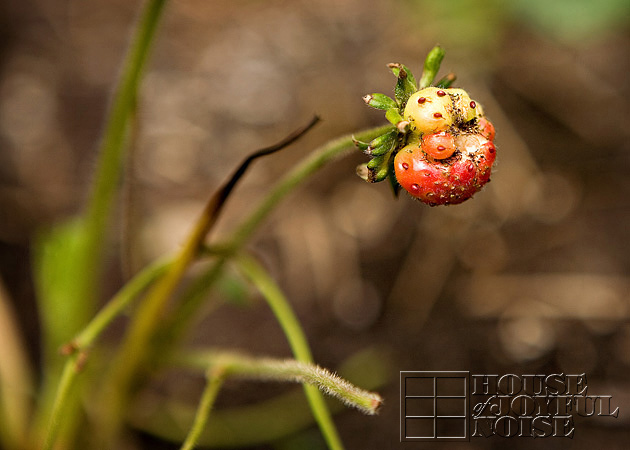 Although now and then, we find one like this, and it just doesn’t seem quite right.  They sure make us laugh though!  Perhaps as we become more educated gardeners, we’ll learn just went wrong with berries like these.  Gosh…I almost feel sorry for it, the more I look at it.  But God doesn’t make mistakes. Right?  Maybe it’s sole purpose is for us gardeners to find the gift of chuckles among the leaves and vines. It sure works for me! 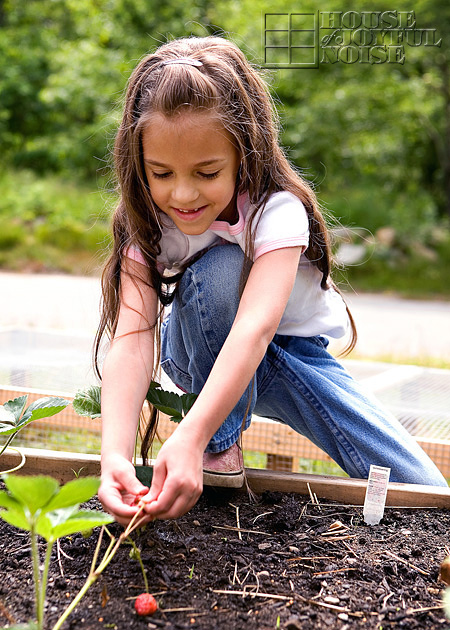 All of the kids have enjoyed the excitement of building garden beds, and watching things grow and develop.  But it’s evident that {O} really feels the joy and passion inside that I do, with this new experience of gardening.

You know….I was just about to say that I wish I discovered the joy of growing produce in your own gardens as young as {O}, when I was suddenly flooded with a few childhood garden memories of my own.  In fact, I’ll have to dig up and share with you all,  a little something I just remembered I have stored away, that I think you all may appreciate.  If for nothing else, because it’ll give you a little gardening chuckle.

I did love gardens when I was little, come to think of it.  So maybe it’s not a new passion after all, but just a forgotten one, that has been…..hibernating.  I’m sure glad it’s decided to come out, and fill me with daily joy. 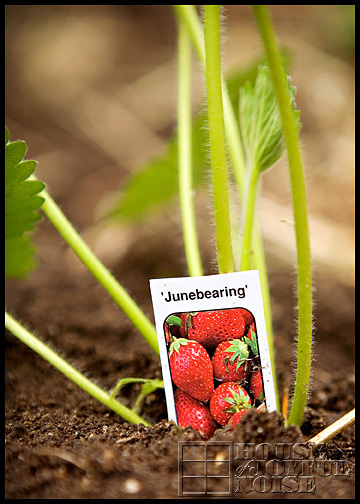 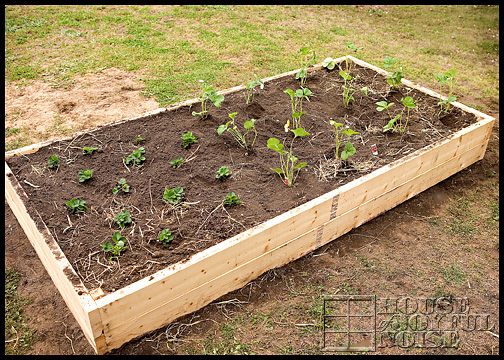 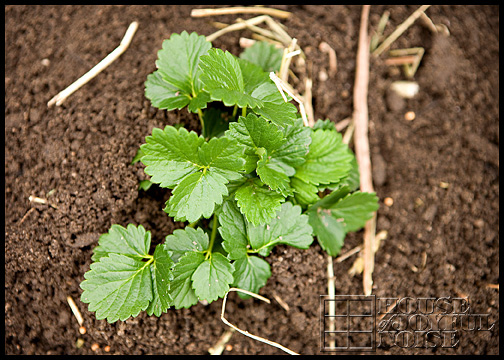 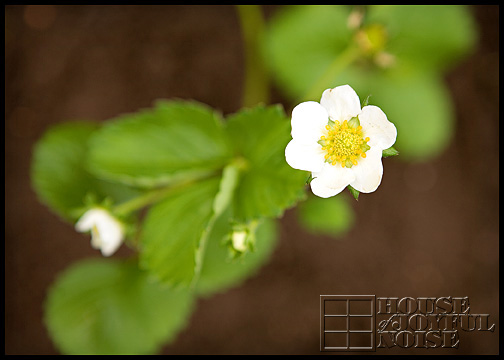 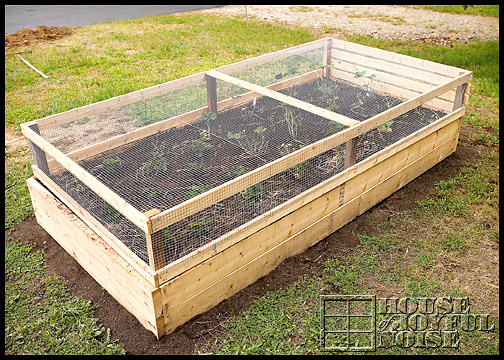 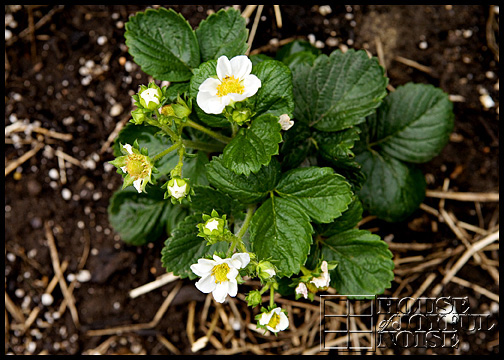 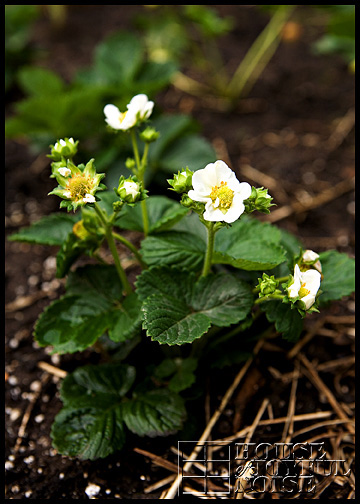 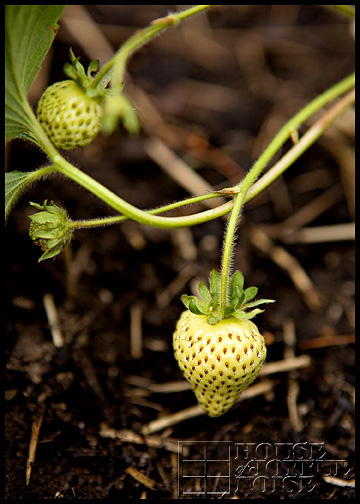