My family and I live on the south shore of Massachusetts, now. But I (Laura) was born and raised out in western MA, in the city of Westfield. Most times when I go back home to my parent’s house, my father urges me to take anything in the house that I want, for myself. “Anything at all”, he stresses.  I most always dismiss his invitation because, frankly, I want everything to stay there, just as it is.  Forever, really. But at least, for as long as possible.

You see, my mother passed away in 2005.  It’s so hard for me to believe it’s been that long already.  But what’s harder for most others to believe, is that my father has kept everything in the house, just as it was when my mother was there.  He even keeps it clean. Vacuumed, dusted, the dishes done; everything. You’d think she was still there.

It’s a 100 year old 3-story, 2 family house. Walking into that house, where my father lives alone (on the first floor), some have expected it to look less…..decorated by a woman, by now.  You know, without all of the country-chic-farmhouse touches my mother added. But it’s all still there, just as she had it. The way my father sees it, my mother put a lot of heart into decorating their home, and there is no reason to change anything, just because she is no longer physically there. It’s still their home. Truth be told, I know he gets a lot of comfort, keeping everything just as it always was. Just as I do, when I go home. There is no place to feel closer to her, than there. Her missing, is the only thing that is really different.

I know my father is slowly cleaning the house out. He knows the older that he gets, the more difficult it will be to maintain such an old house, and a smaller place would be best for him.  But he’s clearly not been in any rush to move on yet, for almost 10 years now.  At the very least, if he stayed, I know he doesn’t want to leave so much stuff, for us kids to have to go through someday, either.  He cleaned out the big cellar pretty well already, years ago. He wants to get rid of the excess in drawers and closets, and for us to take what we want, that will all end up ours, anyway. If we want it now, take it now!

I did ask him for my mother’s dresser, a few years ago.  (As of the writing of this post.) That was quite a story, that was therapeutic for me to live, and write about. It’s titled “Big Furniture Refinish } A Work of Heart”.  It was essentially my own heart spillage, but it has resonated with many, many people. To this day, I occasionally get comments or emails from people who come across that post, read and connected with it. They tell their own stories, and we’re always sincerely honored and touched that they would share them with us. Such personal details from their hearts. The experience of grief, of great love and loss, and the sentimental values left behind by loved ones, is universal.  It connects us all.

Anyway, other than my mother’s dresser, I took my father up on his offer, another time, a few years ago. 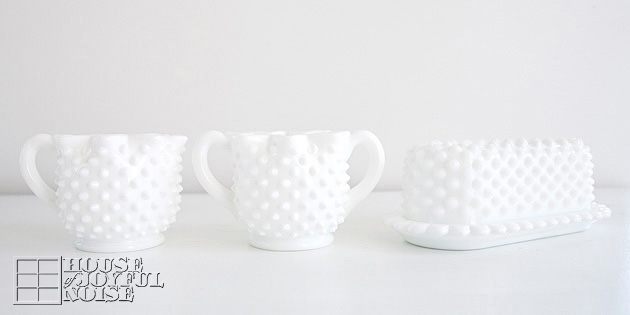 I really did want my mother’s knobby milk glass set, that were stored in the pantry, and not being used.
The sugar bowl, creamer, and butter dish.  These were special.
– 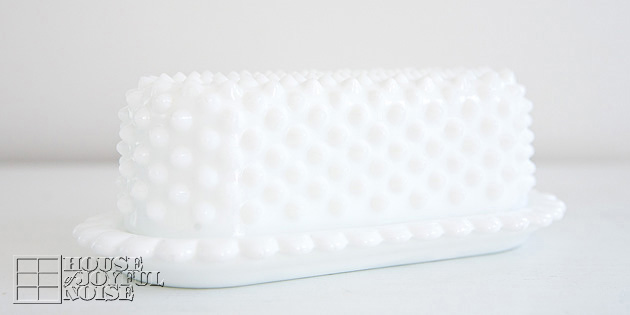 I always thought the set was once my grandmother’s first, but I’m not sure. I do remember that these pieces were used daily, when I was little.
So they hold many memories. In my mind, I can look back on many times when we were gathered around the table, sometimes with guests with us, and these pieces were among the place settings of our meals, or at coffee and dessert.  I didn’t know what would ultimately happen to this milk glass set, and that worried me. Since my father wasn’t using them anymore, I asked if I could take them.  He said of course, and then got all excited to see what else he could get me to take.
– 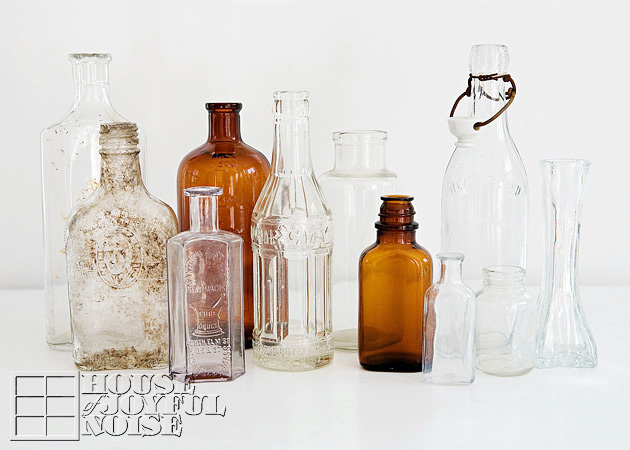 So I also took all of these old antique bottles, that were on the shelves about the kitchen. Every time I went back home with my own family to visit, when I walked in through that back door into the kitchen,  I always noticed this cool collection of bottles. And wondered…where did those come from? I think my mother had just collected them, in her more recent years. Because I don’t really remember those particular bottles around growing up. But I do remember that she loved old antique bottles, like me, and had some other ones around.  I’m really not sure where she got these.  I’d love to know. It’s another one of those questions, although far less pressing others I have, that I wish I could ask, but can’t.

Let me give you a closer look at just a few of them. 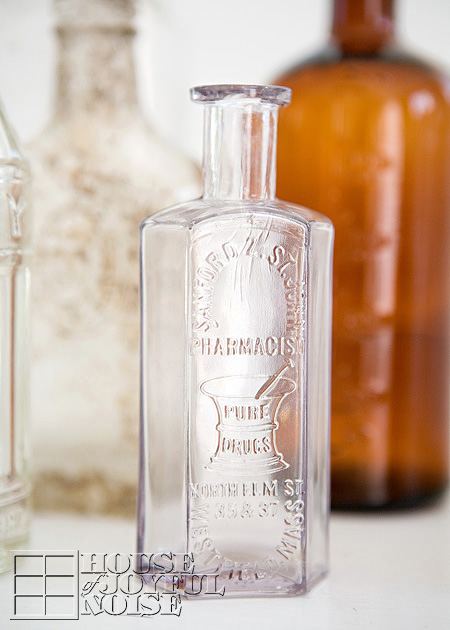 This one especially intrigues me.  It is specifically marked with my hometown, Westfield, MA, where my parent’s home is; the city where my mother lived for her entire life.  There was indeed a well known pharmacy on North Elm, that had a very, very long history. As a little girl, my mother lived very nearby it. It was practically across the street. Many, many years later, in my own childhood, that pharmacy moved up the hill, had changed hands a few times, and has had various names. 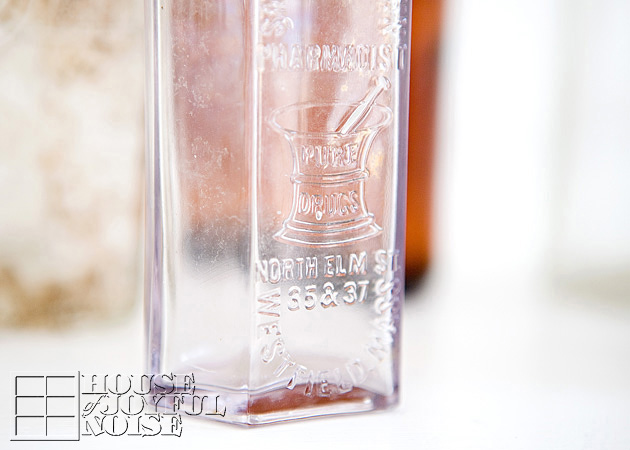 Clearly though, this bottle is referencing that exact first pharmacy.
But when the bottle was made, why, and where my mother got it, I just don’t know. I love it though. It has meaning, even with it’s unknown (to me) history. 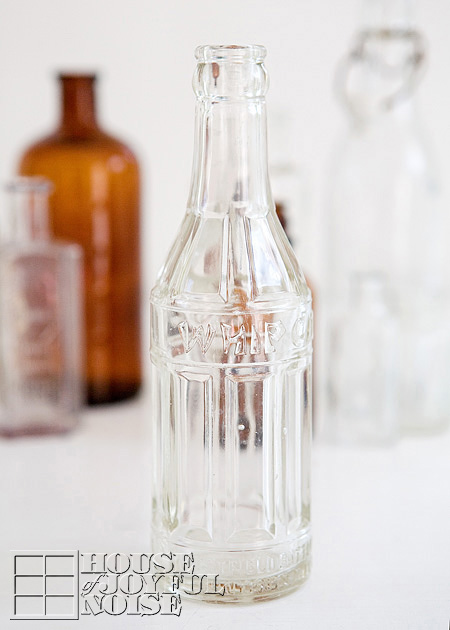 This soda bottle, too, is a product of the city of Westfield, also historically known as ‘Whip City’. 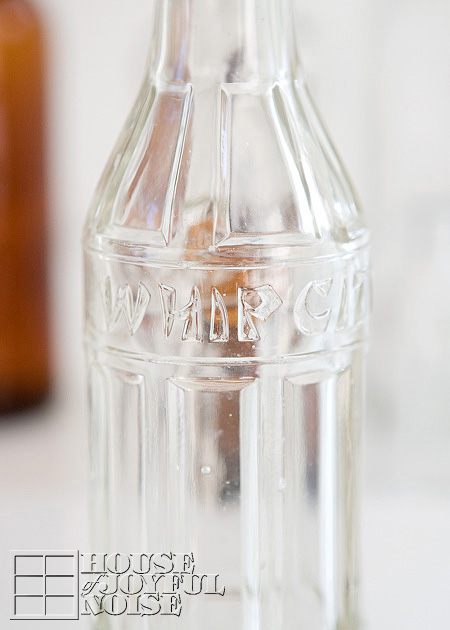 This reference is because somewhere in the 19th century, the city of Westfield, which is located in the Pioneer Valley, was prominently the center of the buggy whip industry.
Westfield is still known today, as “Whip City”. 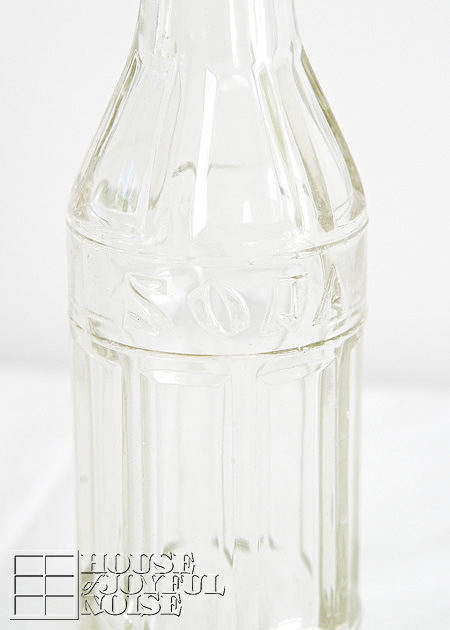 I really think this soda bottle was produced as some sort of novelty item, for some reason.
Or that’s what my husband’s guess is, anyway.  I tend to agree.
– 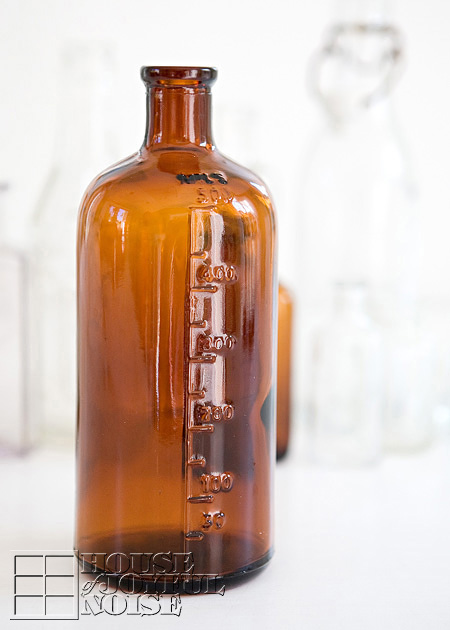 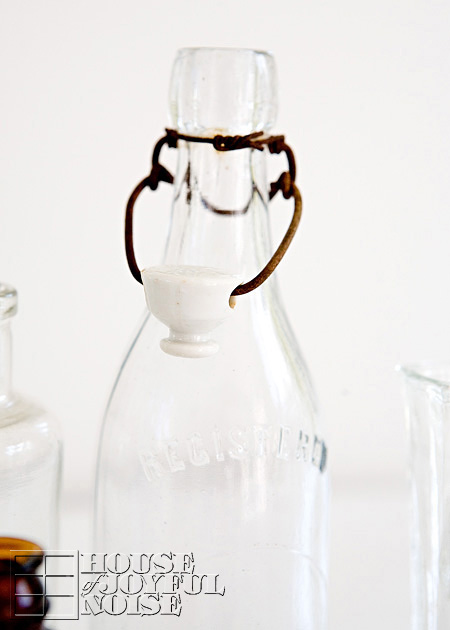 This one, with the ceramic cork, is cool too.
I’m not sure what it was actually used for.
– 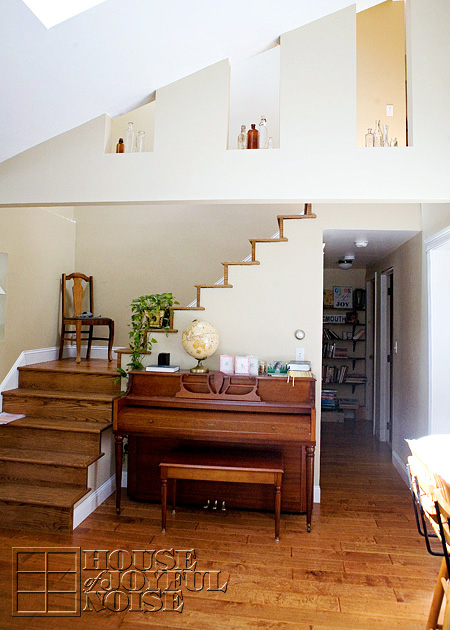 Since acquiring these old antique bottles, I have kept them on display, in small groups, high up on the ledges of the cutouts of this beam-wall.
As anyone who knows me, knows, pieces with sentimental-connections or history in our home, make me smile. These old bottles are no exception.  I also generally love old things.

I’m half expecting random people using search engines, looking for specific info about the city of Westfield, MA, or old/antique bottles, to find themselves here, and maybe they will happen to have information about any of the bottles in my collection here, to offer.  Maybe, maybe not.  But I welcome any insight.

I did spend a whole afternoon one time, quite awhile back now, researching the age and possible value of these bottles I have now. Just out of my own curiosity. I learned a lot about what to look for on glass bottles to determine their age. It was all so interesting to me! Some are older than others, and most aren’t worth a whole lot.
And yet they all hold great value, to me. Simply because, they were my mother’s.

Do you love old bottles? Do you collect them, or have any that are special to you?
We’d love for you to tell us about it.  We’ll be sure to respond.