We recently took a day off from school and work, to enjoy the fall season and have a field trip.  The real perk for this trip, was we were first meeting up with a family member to spend the day with us.  We all headed to The Lookout Farm, in Natick, MA. 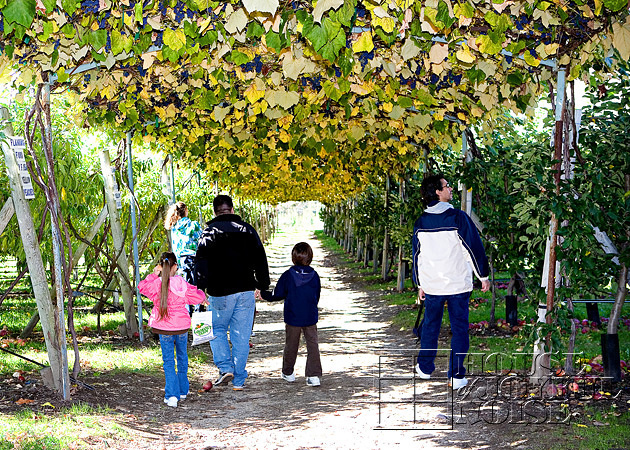 We’d never been there, and boy was it a beautiful place. The main attraction of this place was that it had all kinds of orchards, to ‘pick your own’.  Not only several kinds of apples, but lots of other varieties of fruit in their respective seasons, as well as pumpkins of course. 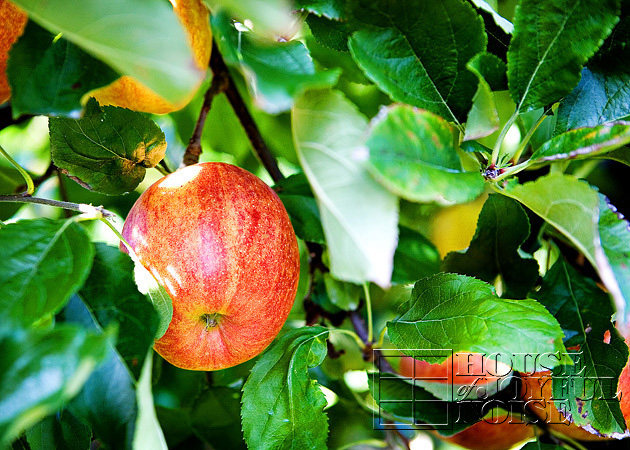 For our trip, there were several varieties of apples, peaches, and pears ready to pick.  Besides the orchards, there was a huge outdoor play area, some farm animals to see, and a country store of sorts.   A trolley brought you from from the orchards to the animals and play area and back again to the store.  It was a really, really nice place to spend such a beautiful fall day. 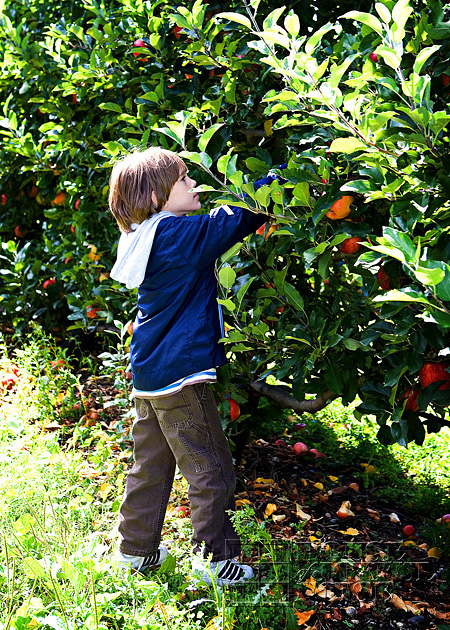 The kids really enjoyed finding apples that looked great to pick.  We really didn’t need as much as they would have loved to pick.  They were $2.50 a pound. 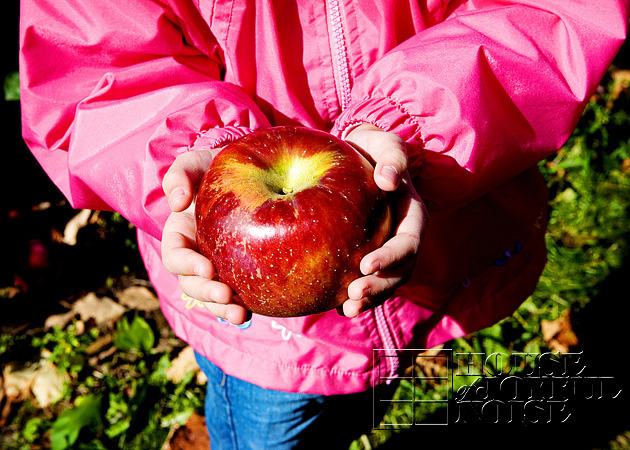 And with apples that were the size of these, it was easy for the pounds to add up.  I’m not sure how well you can tell, but this apple was huge in {O}’s little hand.  Honestly, I had never seen apples so big.  Made us wonder.  :/ 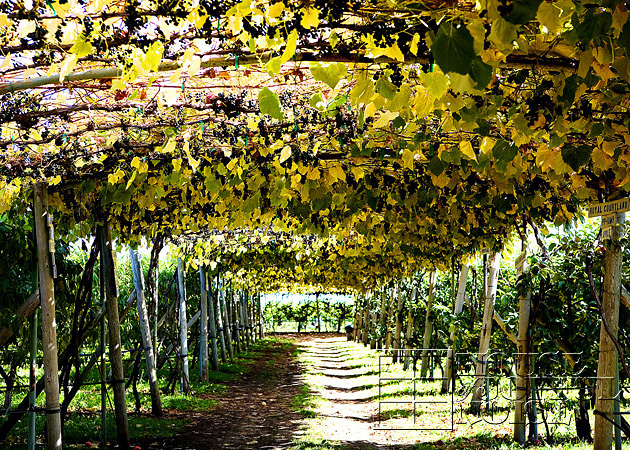 What really, really captivated me at this place, were the grapevines.  All of the orchard rows branched off of these grapevine covered walkways, and there were LOTS  and lots of them.  The smell on the air was so sweet. Before I get any further here, I have to point out that you will notice that {O}’s eyes are closed in most all of the photos, and they were most all of the day! She had gotten up shortly after going to bed the night before, saying it felt like something was in her eye.  Michael checked it, and found nothing.  She went back to bed, went right to sleep, and had an uneventful night. The next morning, the day of this trip, she got up, was chatting up a storm, happy as a clam, but wouldn’t open her her eye, and it was tearing. I asked her about it, and she said it still felt like there was something in her eye.  I laid her down and with good light,  looked again, and found what I thought was a sty under her top eyelid.  No biggie.  So we carried on with our field trip plans.  It was a BRIGHT sunny day and it turned out, the brightness was too much for her.  I could not understand it…..for a sty!?

But, it was with good reason, in the end!  That story-post will be coming up in the Big Picture next.  But take note how she still was all smiles all day, she picked fruit, played on the playscapes, laughed and had herself a wonderful and fun day, never complaining.  Because if/when you read the upcoming post, you’ll be surprised. 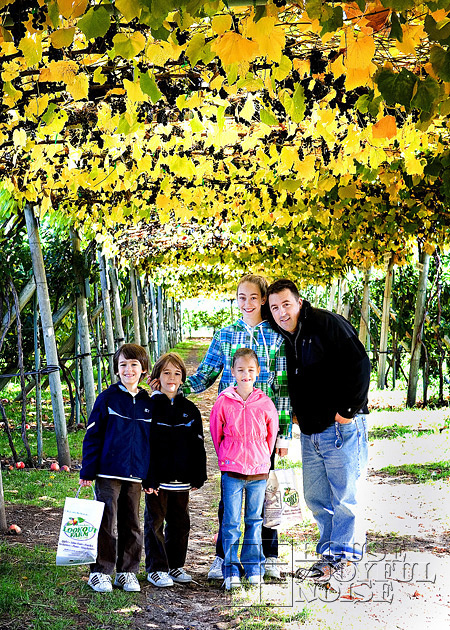 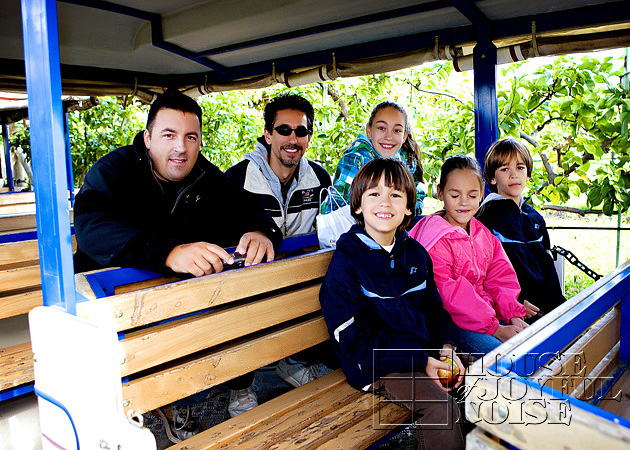 On the trolley that brought us from orchard to orchard, etc.  It was such a nice ride, following the wide brick paths throughout the farm, making stops at all of the attractions.

Some of the animals we saw that day…. 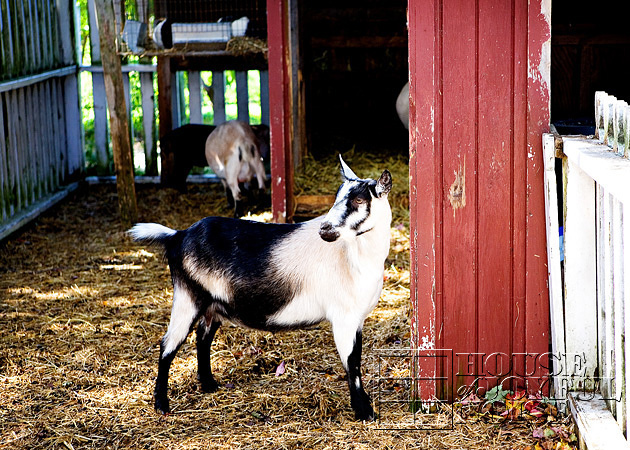 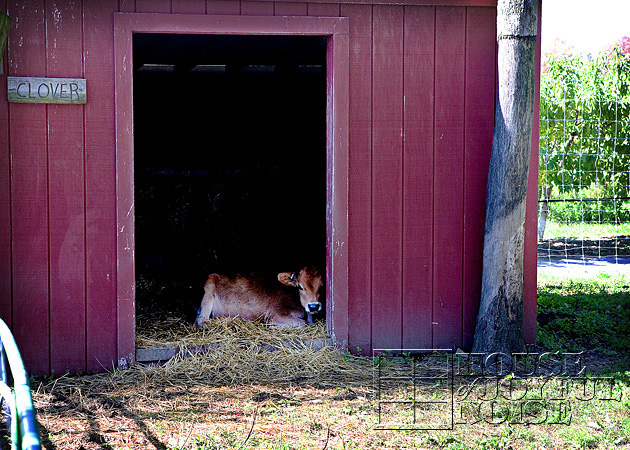 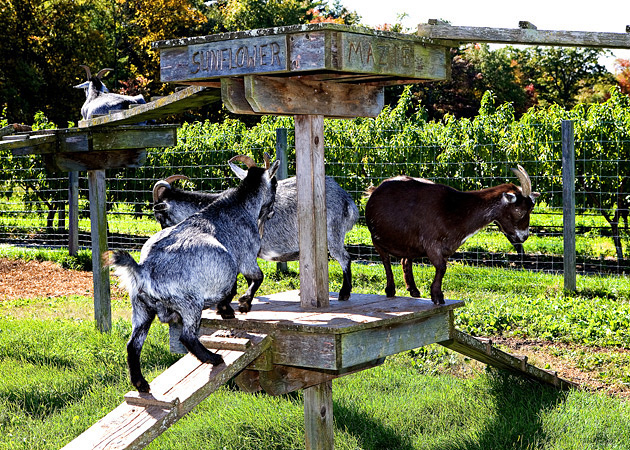 Like many of the animals there, this donkey had a wood sign hung up with his name carved out of it.  His name was JACK.

I wondered out loud, “Oh….His name is Jack.  How clever. I wonder what his last name is.”  A father nearby shot me the funniest look.  lol.  I was just wondering!  ; ) We were pretty impressed with this huge hay pyramid in the play area.  There was also a burlap maze.

I didn’t take photos of it all, but it was a great play ground. {O} wore sunglasses most of the day, to help keep the brightness out of her eyes. I peeked in a few times though, and she was still keeping them mostly closed.  I was puzzled and growing concerned.  Hmmmmm. There was this kiddie caterpillar ride, that went around the whole entire play area, which really was pretty big.  {A} was a good sport to go with the kids. I just felt better. The driver seemed to be a cool dude though.  I talked to him for several minutes before I let him take my kids for a spin.

No driving record;  no speeding tickets or accidents, and he seemed to enjoy his job. {O} up in the tree-house, still all smiles. Look at this thing!!  I thought it was so cute.

But what I was really drawn to…. ….were the stairs….and specifically, the natural railings.  I am all about ‘simple, rustic, imperfect.’  Michael saw me really looking at them and said, “Here we go.  Mama is going to want me to make something like this for our deck or something.'”  He read my mind! We ended up with about 10 pounds of apples, and a few days later we made 3 apple pies.  We ate 1 immediately, and froze 2.

We were having such a nice day, we decided to all go get lunch together.  Besides, we were hungry!!

Everyone ate well (my kids never ‘not’ eat well.  They love all food!).  But {O} was so happy to get in the van and close her eyes for good. She fell fast asleep too.  But when we got home, I had to take a GOOD look at her eye again, for the 4th time that day, and I finally saw the real problem.