{JM – 6 yrs.} has been a very busy boy in the past few weeks.  If you were following our blog here back in March, you may have caught the post titled Fly Him To The Moon, which was about a solar system {JM} made, and about how he is ALWAYS. MAKING. SOMETHING.  He is literally his own toy maker, with an imagination running wild.  We’re sharing some of his latest cardboard creations, and if you show your kids, maybe they’ll be inspired to recreate some of these, or come up with some ideas of their own! 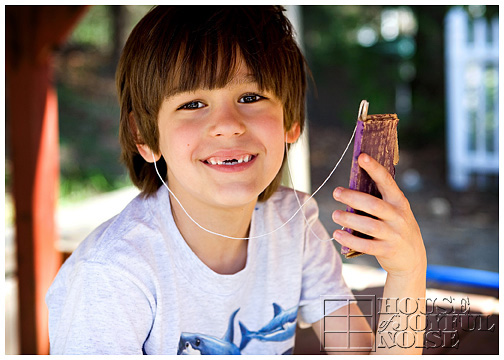 This has got to be one of my all time favorites of his creations. I’m a music freak. He has SUCH a great imagination, that he has spent quite a bit of time, listening to his imaginary i-pod!  He has GREAT taste in music too.  He loaded his favorite songs. Check out his play list: 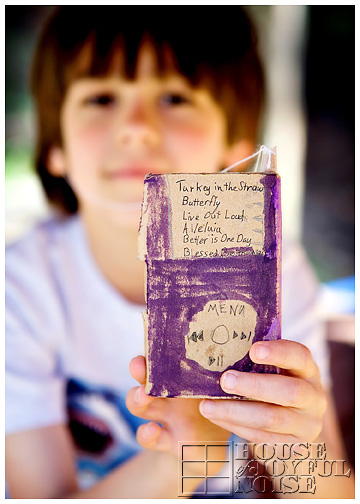 In case you can’t read the songs, here they are:

Materials around the house he used:

(The ear pieces were made of balls of paper and tape.  Sounds comfy, huh?  But he didn’t mind it!)

A Dog named Cooper, His Dog-House, and His Owner’s House 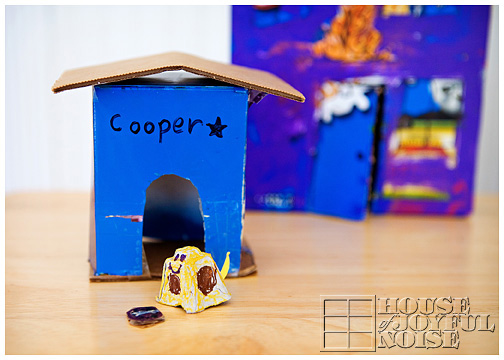 I thought his bowl was the cutest thing! 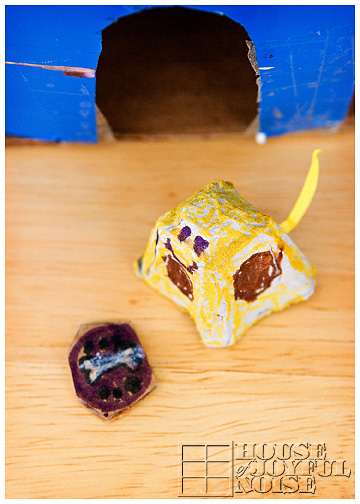 (He saw this one in a Family Fun Magazine) 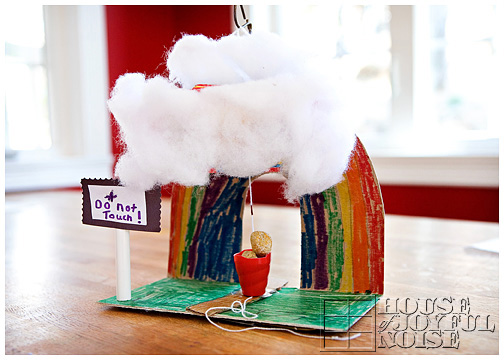 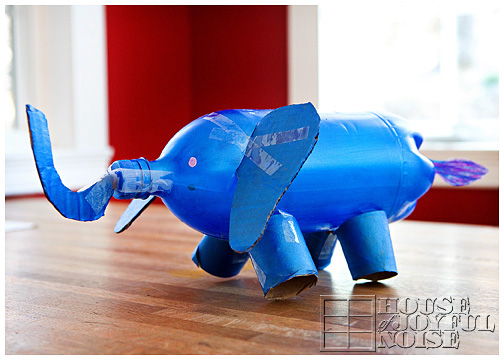 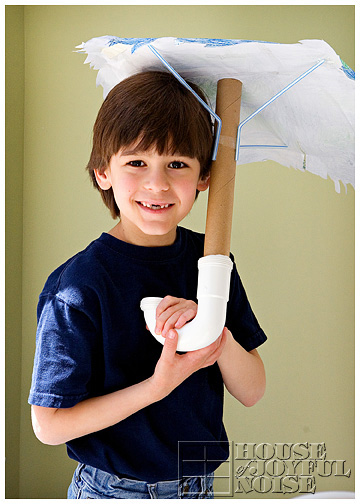 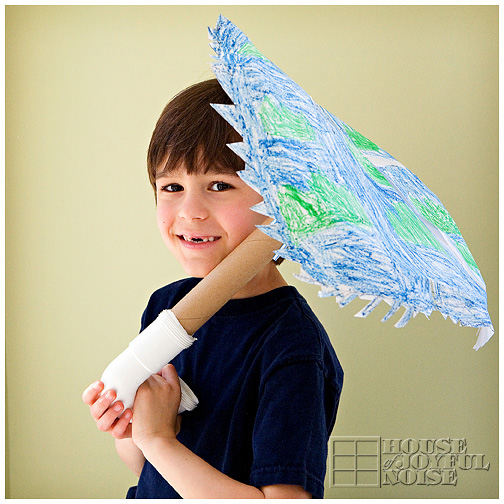 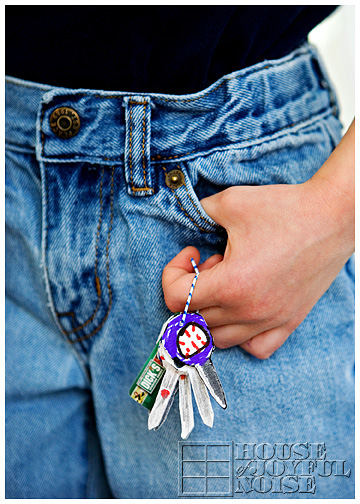 *I have to say, as a Mama who would love for her babies to stay little forever, this is one creation that had me taking a few deep breathes.  Thank goodness these keys are only pretend for now. I’d miss him terribly!

Have any of your kids made a crazy craft with things around the house?  We’d love to hear about it!  It may just come in handy on the next rainy day!