We just wanted to share with you today, what can happen when little Catholic kids can’t wait to make their Holy Communion! 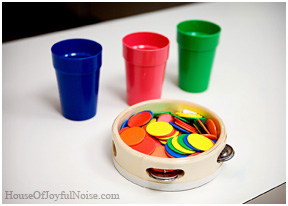 Our triplets (6 year old) have just flat out had it. They have been waiting to make their Holy First Communion, fully aware of all it means and how very special it is, for at least a couple of years now.  At every Mass, they have watched us parents and their big sister go up to receive Jesus in the Eucharist. When we get back to the pew, and kneel down in prayer, one or the other often wants to whisper about how much longer it will be, before they can go up too.

First Holy Communion seasons are especially torturous for them.  For every Sunday Mass we have attended throughout the month of May, and sometimes the end of April and beginning of June too, for years now, they have watched child, after child,.. after child… receive Communion for the first time.  And they sigh, exercising all of the patience they can muster.

But this past weekend really did them in.  Two little girls in our extended family, received their First Holy Communion.  And it’ll be a whole year, before it is their turn. <sigh>.

They have had many Mass services here in our living room.  They have alternated being alter servers, readers, and the priest himself.  With tall candle sticks made of legos, toy colored strings tied around their waists as ropes, and their Bible, they’ve got it down.

But lately, Mass has evolved into their own First Holy Communion, and it has only grown more elaborate, as their need ‘for the real deal’ has set in.  I finally took photos of their service.

So we welcome you, to one of their ‘Pretend First Holy Communion’ Masses……. 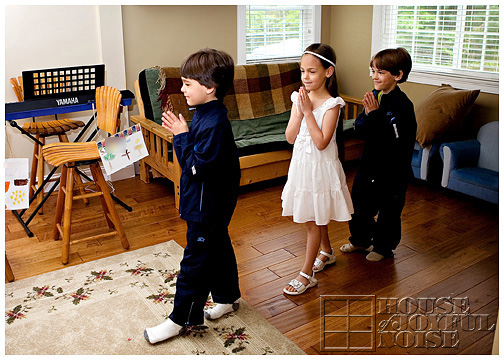 The boys found the only navy blue attire they could come up with – their running suits.  {O} had a fine white dress on hand, and a brand new shoe-lace served as her head piece. 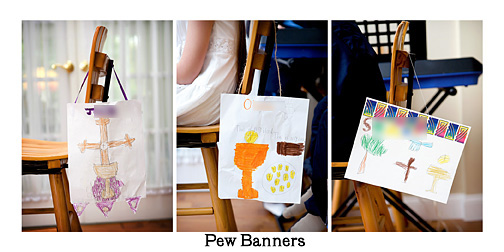 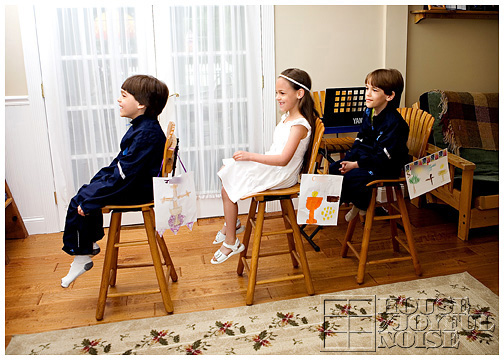 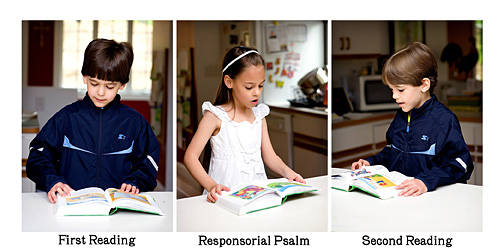 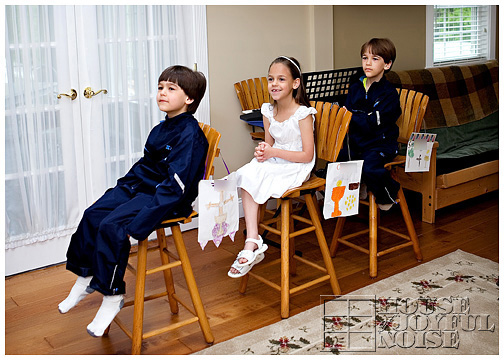 Listening to the the Homily
(in this case….silence. Lol)
– 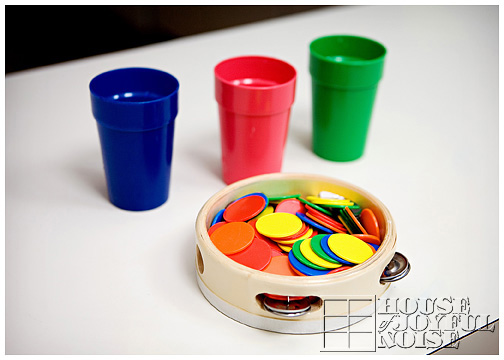 * NOTE: Holy Communion – *It is important to note, that it was decided among them, that it would be rather disrespectful, to actually refer to their pretend Communion, as the ‘Body and Blood of Christ‘.  When in actuality, it is their toys.  So they have come up with alternative language, as to not be irreverent:

The Body of Christ:  “Chips” 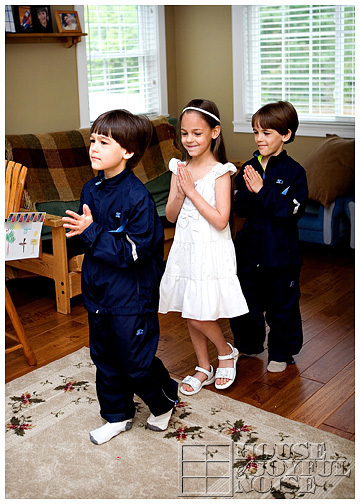 This is it!
Holy Communion line….

Thankfully, Daddy was on hand, and agreed to distribute Holy Communion, as the priest. 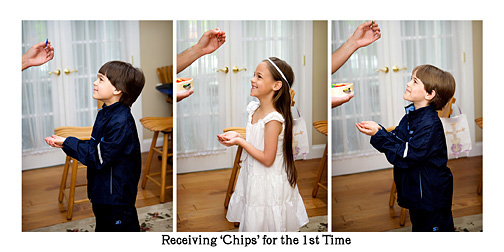 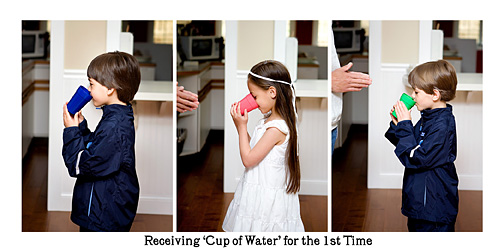 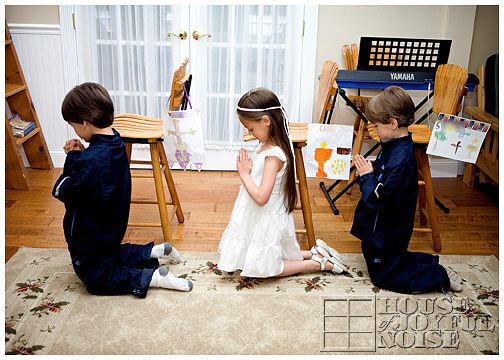 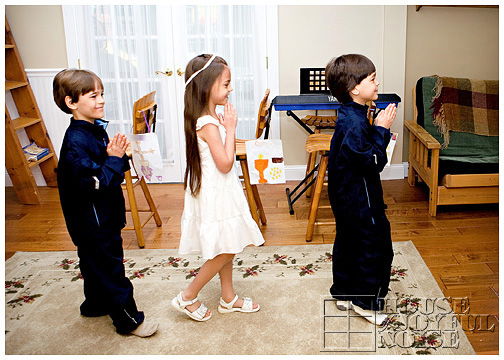 Thank you for joining us.

Go in peace, to love and serve the Lord. 😉